The Schneider Grunau Baby was a single-seat sailplane first built in Germany in 1931, with some 6,000 examples constructed in some 20 countries. It was relatively easy to build from plans, it flew well, and the aircraft was strong enough to handle mild aerobatics and the occasional hard landing. When the Baby first appeared, it was accepted wisdom that the pilot should feel as much unimpeded airflow as possible, to better sense rising and falling currents of air and temperature changes etc (wikipedia)

View of the plans: 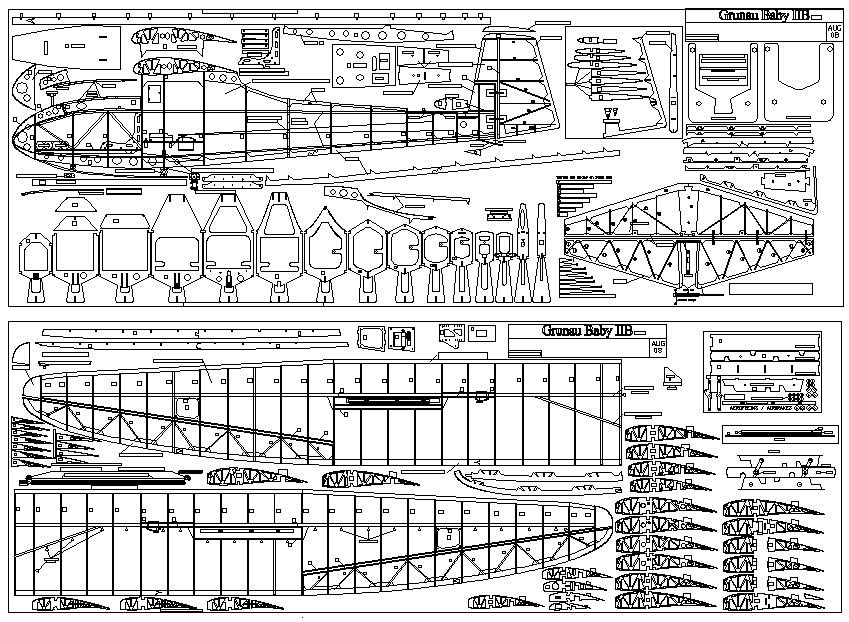 The short kit contain all the wood shown in the plans that need to be cut. You need to add the strip wood (spars etc), sheeting and the usual accessories depending of your habits. The plans in 2 large sheets are included, so as the 3D printed airbrakes arms.